Research On Social And Economic Inequality At UKM 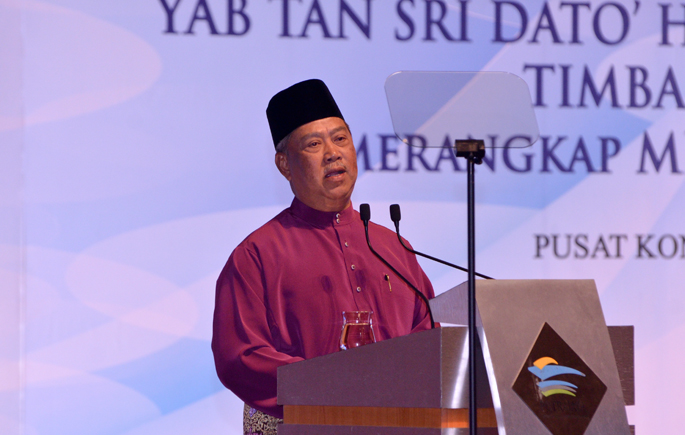 PUTRAJAYA, 16 January 2015 – An Institute to carry out research on social disparity and uneven wealth distribution to ensure an inclusive economic development to reduce the gap between the haves and the have-nots has been set up at The National University of Malaysia (UKM).

He hoped all public institutions of higher learning (IPTA) in the country can contribute towards ensuring that economic development will result in fair and equitable distribution of the wealth generated.

Muhyiddin hoped the setting up of the institute, MINDA can be a catalyst towards ensuring economic development will not compromise the environment so as to ensure the continued wellbeing of the country for the sake of future generations.

He said this when delivering the Education Ministry’s new year message at the Putrajaya Convention Centre (PICC) here today.

Muhyiddin mentioned the three challenges of the 2015-2025 Malaysian Education Development Plan which will be launched in the first quarter of the year aimed at producing knowledgeable students with the talent to meet the needs of the country moving towards a knowledge driven economy.

The first challenge is to produce a holistic curriculum by reevaluating knowledge dissemination at all IPTAs by giving credence to multi disciplines learning and new technologies.

The second is to enhance research and the commercialization of R&D that could assist indigenous industries prosper especially the small and medium enterprises.

Muhyiddin said there have already been a number of memoranda of understandings signed with foreign universities from the United States, China, Japan, Korea, France and the United Kingdom to enable Malaysian students benefit at the global level as well as research, commercialization and productivity.

He suggested academics pioneer how to better manage disasters which is becoming important in the light of the recent flood devastations that resulted in losses of billions of ringgit due to infrastructure damage and the destruction of homes and properties of the victims.

He also announced the setting up of a National Research Centre that will focus on disaster management and tackle national calamities and a RM20 million fund made available to IPTAs. Institutions of Higher Learning keen to carry out research on disaster management and flood mitigation can apply for the grants under the Long Term Research Grant Scheme and the Fundamental Research Grant Scheme.