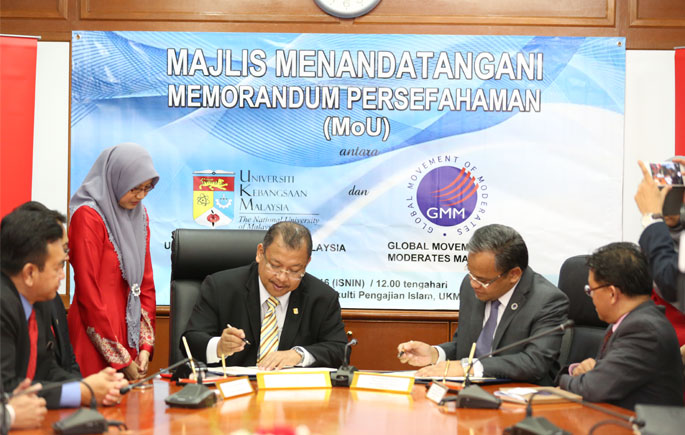 BANGI, 1 March  2016 – The National University of Malaysia (UKM) and the  Global Movement of Moderates Malaysia Foundation (GMMMF) intend to establish a strategic alliances to counter anti-Islam perceptions at the  local and international level with moderation as the key.

“The first event to be held is the International Seminar on Islam and Global Security, organized jointly with GMMMF in  May,” he told reporters after the signing of a Memorandum of Understanding (MoU) with GMMMF recently.

He hoped that the conference will be able to dispel the negative perception of Islam or Islamophobia, especially after the bombings in Ankara, Turkey and Jakarta.

He said that when the Prime Minister presented the moderation concept at the United Nations Assembly (UNGA),  every country responded.

“When I was told that encouraging responses were received from foreign countries, to me it shows recognition of Malaysia’s offer to lead a moderate movement today at a time of critical global security,” he said.

He also hoped that scholars at UKM can come together to contribute to the moderate movement which can then raise its international profile.

Meanwhile, GMMMF Chief Executive, Nasharuddin Mat Isa said the collaboration is to synergise  GMMMF with UKM’s considerable resources in terms of expertise in research and academia.

“So, Malaysia as a model of moderation is in good position to showcase and promote to the world about the need for restraint to deal with the many issues at the international level,” he said.

He added that Malaysia’ stand on moderation created a positive buzz among many UN states. 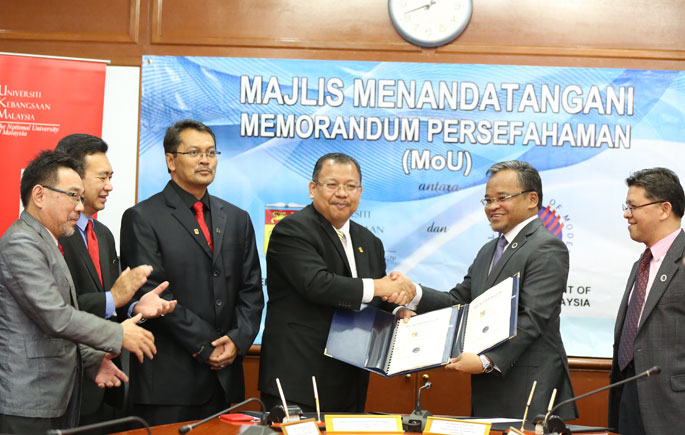 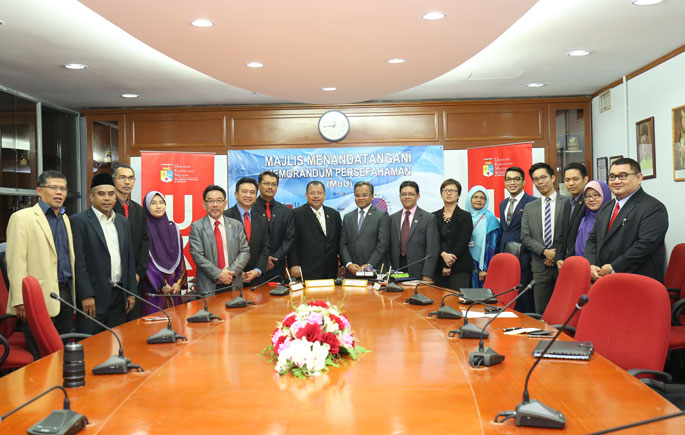