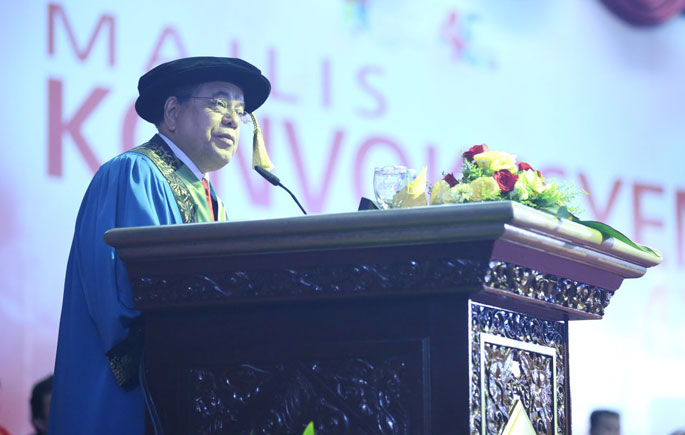 BANGI, 2 November 2015 – A veteran journalist and corporate figure has offered to hold public discourses for budding journalists if The National University of Malaysia (UKM) agrees to the proposal.

Tan Sri Dr Johan Jaafar is willing to give the benefit of his experience to media practitioners, especially journalists, whom he said  have been sidelined by technology in recent times.

He made the offer in his response to being conferred the title of Honorary Doctor of Communications and Creative Arts Management from the Faculty Of Social Sciences and Humanities, at the 43rd Convocation of UKM, here yesterday.

He said he wants to help the press stay relevant and manage the swiftly-changing environment of News and the media industry.

The 61 year-old former Chairman Of Media Prima said the media has changed a lot since he started working in the media in the 1980’s with Dewan Bahasa dan Pustaka as a researcher.

“The media world has changed a lot since then. I used a mechanical typewriter and there was no internet yet.

“Now there’s social media apps every where,” he reminisced.

He said once the public watched television, but now more and more youths are turning to video sites for their entertainment and news.

He acknowledged that he is no scholar, but he recognises that the creative world is coming under a lot of pressure, with style being preferred over substance.

“I support the dynamism in society based on taste and values of society,” he remarked.

He noticed that the established media, especially the mainstream media, is struggling to keep up with current public demands, particularly from youths who are enamoured with social media.

Multi-faceted Johan has also been active in drama and theatre production even before his student days at Universiti Malaya.

A voracious reader, he described himself as a “reader first, writer second’ ever since a school boy, but also published poetry and novels.

He has also collaborated in situation comedy production such as ‘Pi Mai, Pi Mai Tang Tu”  with renowned director Othman Hafsham at tv3 in the 1980s and 1990s.

As a journalist and Group Chief Editor of the Utusan Group, he has travelled around the world writing first-person accounts of the wars and conflicts in Afghanistan, Bosnia and South Africa.

However, he added that he is also a devoted dad to his five children and two in-laws. 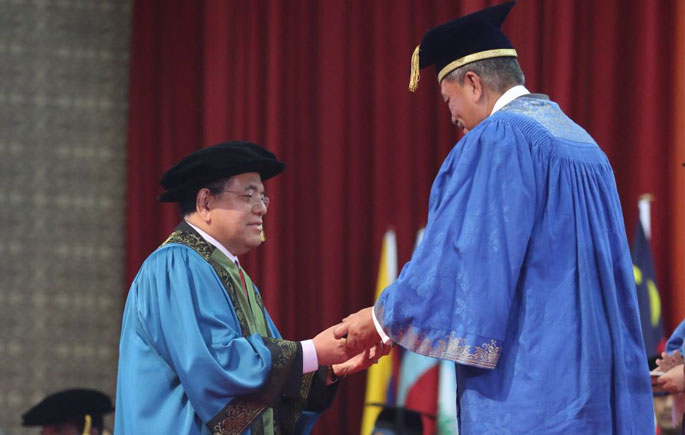