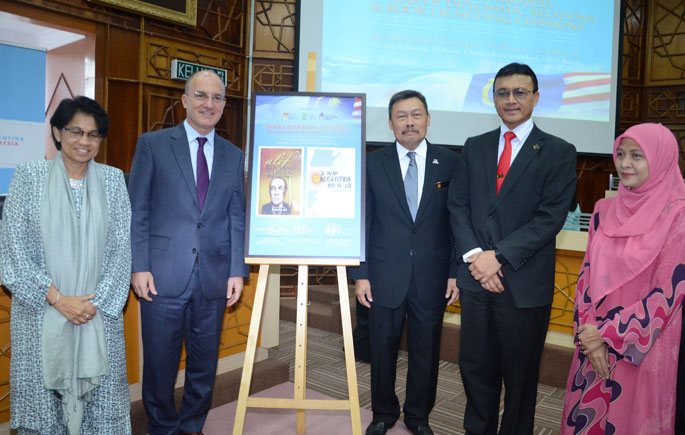 Two books were launched in conjunction with the anniversary of the 50th Diplomatic Relations between Malaysia and Argentina, organized by the Institute of Malaysian and International Studies (IKMAS), Universiti Kebangsaan Malaysia (UKM) held in UKM, recently.

The ceremony was officiated by the Secretary of the United States Department, Malaysia Ministry of Foreign Affairs, Datuk Kennedy Jawan.

Datuk Kennedy in his speech said that, the relationship between Malaysia and Argentina has been long established in several areas and will be further strengthened for mutual benefit.

He said that the publication of these two books reflect that the society would also like to find out more about the story that became a legend to the people of Argentina.

“I believe positive steps can be designed and implemented between the two sides, especially UKM to attract more academicians from Argentina in order to learn more about the country in general and UKM in particular in the socio-cultural enggagement.

“I hope the relationship between UKM and other institutions can be also strengthened cooperation and mutual exchange thoughts on various aspects,” he said. 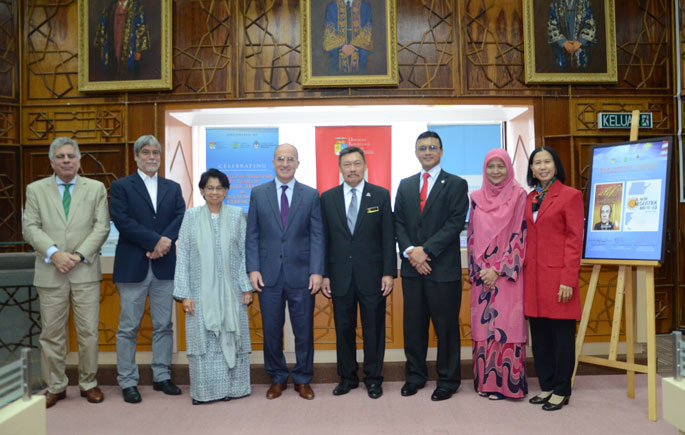