UKM A Symbol Of The Country’s Independence 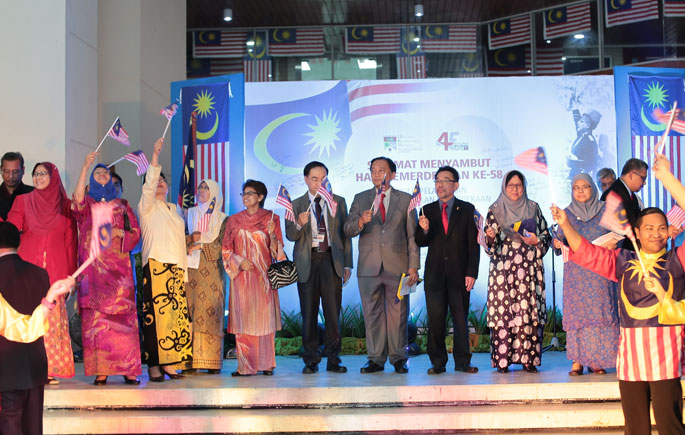 BANGI, 19 August 2015 – Established in May 18, 1970, The National University of Malaysia (UKM) stands out as  one of the landmarks of Malaysia’s independence.

Deputy Vice-Chancellor (Industry and Community Partnerships), Prof Dr Imran Ho Abdullah said true independence is when people acquire independence of thought that can only be formed through the acquisition of higher education with the establishment of a University for the people of this country.

“For us who are of the post-independence generation should understand and appreciate the importance of country’s independence.

“The country’s values such as love for the nation, sacrifice to defend the country and the efforts to develop the country should be absorbed, including students who are successors to the leadership of the country in the future,” he said when delivering his speech at the UKM 2015 Launching Ceremony of Independence Month Celebrations here on August 18, 2015.

He said in order for the country to become a developed nation and the people widely respected, a new generation of educated Malaysians is needed  with the spirit of knowledge and high self-esteem.

“At age 45, UKM has undertaken the responsibility to deliver on its promises to the people and country to defend this university.

“So, let us together continue to exploit all the potential possessed by producing something meaningful and beneficial to the well-being of society through our knowledge,” he said.

He hopes that the entire campus community would not be ashamed to wave the  flag, but proud to do it because the flag is a symbol of the union of hearts, a symbol of sovereignty and dignity as a Malaysian.

“Let’s enjoy together and appreciate the blessings of independence which has come today,” he said.

The ceremony was also attended by the other Deputy-Vice Chancellors, top management and staff of UKM. 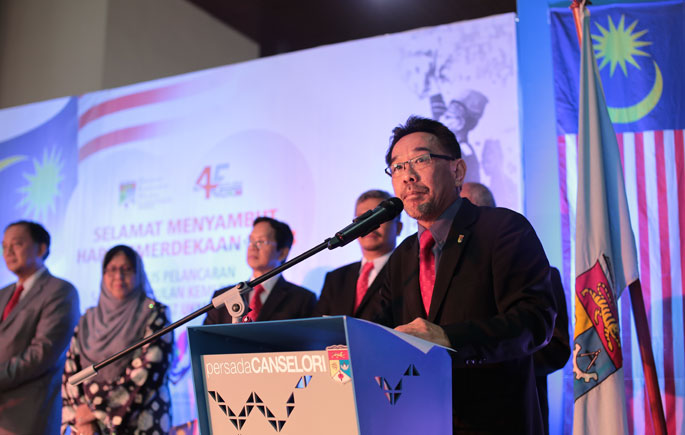 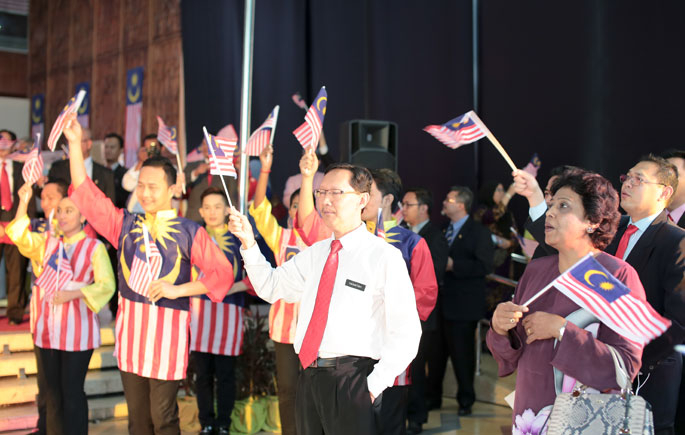 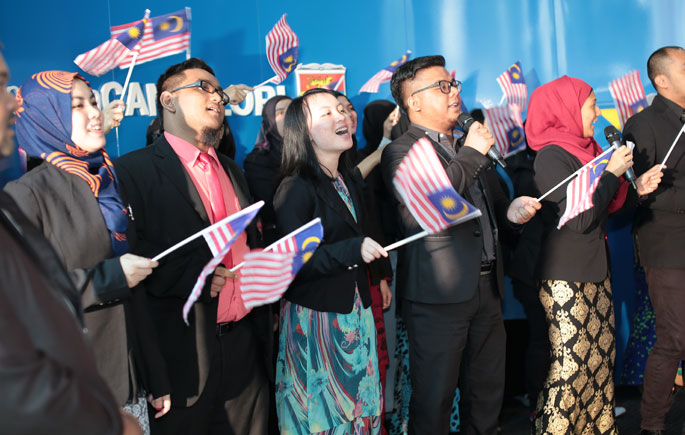