Authourity of UKM Depends On Board Of Directors 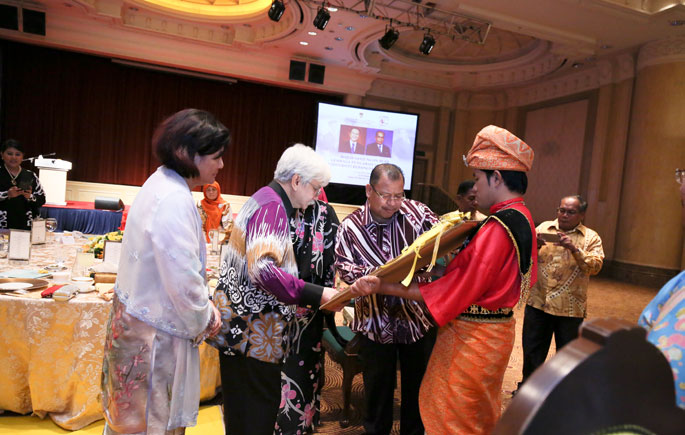 KUALA LUMPUR, June 11, 2015 – The Board of Directors of the National University of Malaysia (UKM) must exercise the utmost integrity in the performance of their duties for the benefit of students, the university and the state.

Former Chairman of the UKM Board Emeritus Prof Dato’ Dr Mohamad Zawawi Ismail said the rise or fall of UKM depends on the actions or behavior of members of the board.

Giving his speech at a dinner paying tribute to him and Dato’ Hasan Bukhari as former chairman and board member respectively, here today, Prof Zawawi said they should examine all aspects of the university because ultimately they alone bear the responsibility.

“We know that recently there are some issues of national interest involving major breach of trust which caused a lot of money to be lost as a result of the abuse of power by elites or the influential. We must avoid this happening at the university.

“The board would eventually be complimented or insulted, so it is necessary to ensure integrity. Directors must have high integrity,” said Prof Zawawi.

According to him even with changing times and new ways introduced, there are some things that never change, such as the attitude of integrity and dignity which must remain a priority.

Prof Zawawi – an engineer by training – also called on the Faculty of Engineering and Built Environment (FKAB) to adapt to the latest technology and changing circumstances among the new generation of students.

The former Chairman of the Board, said the faculty should move forward without being tied down to ideas that were used when he pioneered its   establishment 35 years ago.

Dato ‘Bukhari, an economist, said he is proud of being a UKM alumni and  four of his children are all studying at the Faculty of Economics and Management.

Dato ‘Bukhari said that since he became a student at UKM in 1975 until now, a lot of changes had occurred that improved the university experience.

Recalling his youth on the campus at Jalan Pantai Baharu, Kuala Lumpur, he said power outages were common.

However, the pioneering students slogged ahead and continued to struggle in their respective fields of study.

Now, he said, UKM is often compared with other internationally-renowned universities.

Among those present, were the new Chairman of the board Datuk Seri Dr Ibrahim Saad and Vice-Chancellor Prof Datuk Dr Noor Azlan Ghazali and the respective Deputy Vice-Chancellors. 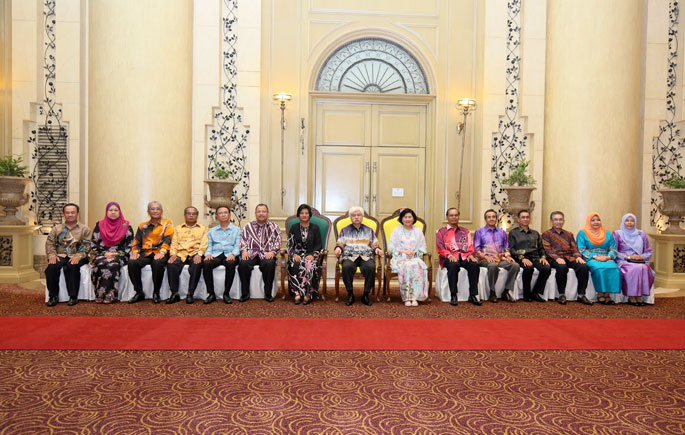