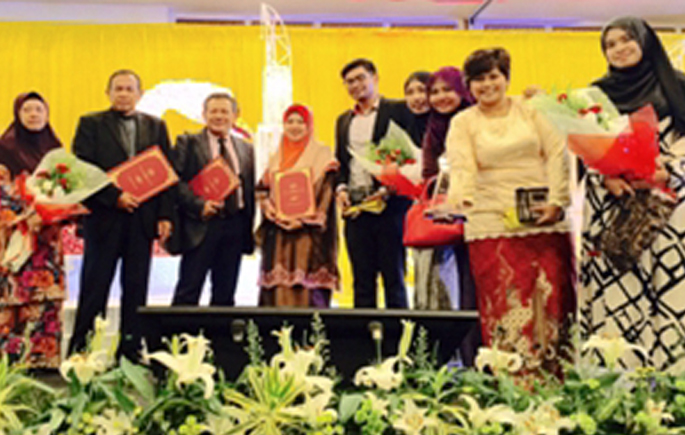 BANGI, 9 January 2015 – The Centre for Entrepreneurship and SME Development of The National University of Malaysia (UKM-CESMED) received a special award from the Ministry of Tourism and Culture (MOTEC) Kelantan office for its efforts in developing the homestay business in the state.

The award was handed over at the Kelantan Hotel Association annual dinner in Kota Baru recently.

UKM-CESMED had carried out various activities to enhance exposure of the business especially to potential patrons.

The assistance was in the form of advice on improvements to fittings in the homes as well as giving a facelift to the premises in efforts to encourage more usage.

The homestay owners were also advised on how to market their business.

CESMED had previously assisted in the development of the homestay business in Negeri Sembilan.

UKM-CESMED director Associate Professor Datin Dr Shamshubaridah Bte Ramlee hoped to extent its advisory activities on the homestay business to other states in the country.

Eight homestay owners were also given awards for various categories while Universiti Malaysia Kelantan was given the Kelantan Homestay Development Friend award at the function.

Director of Kelantan MOTAC office Aidil Afzan thanked CESMED for its efforts in assisting the business in Kelantan especially in successfully marketing the Jelawang homestay as well as giving a lot of ideas to the owners on how to improve the business.