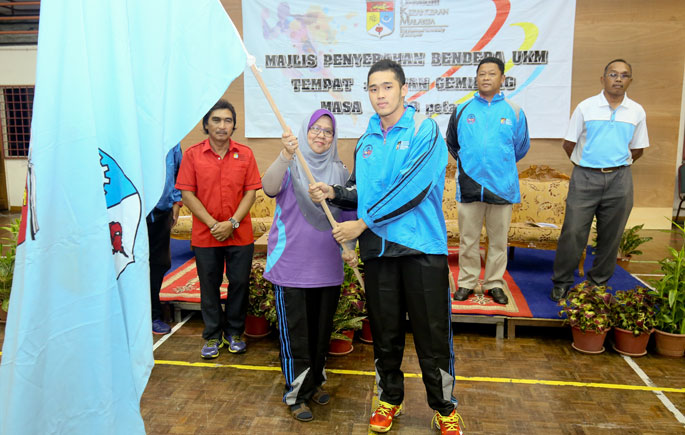 “ In past times we sent teams with the potential to win, but this time we give opportunities to new teams that have been enthusiastic and shown the right spirit to participate in MASUM,” Prof Noor Aziah told the UKM News portal after handing over of the flag to the UKM Sports Contingent for the MASUM 2015 Carnival here on July 24, 2015.

She reminded athletes to be ever ready and enthusiastic so that they will be able to produce excellent results and make the University proud.

“I hope athletes will maintain their discipline and have high integrity in any event and can bring back medals,” she urged them.

“We don’t take part in this competition solely to win but to strengthen cooperation between universities because the tournament is regarded as a great meeting for public universities throughout the country.

UKM has its work cut out for it when it takes on the other universities in 14 events such as cycling, netball, handball, chess, woodball, Sepak Takraw, swimming, taekwondo, softball (men’s), Futsal (men’s), Pétanque, volleyball (men’s and women’s), Pencak Silat and rugby.

A total of 27 officials will accompany the athletes headed by Prof Noor Aziah as Chef De Mission. 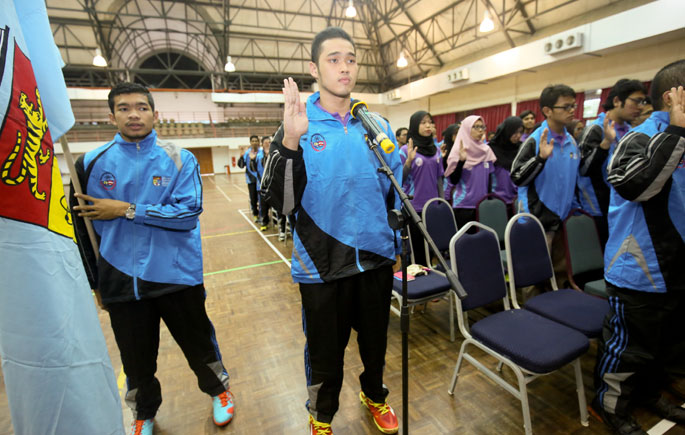 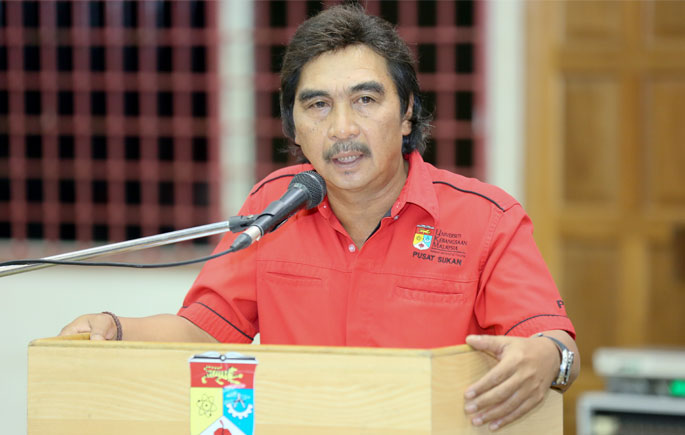