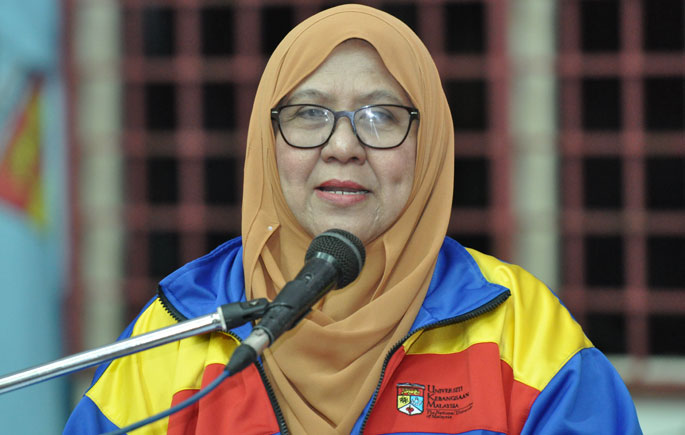 BANGI, 7 July 2017- As a host for Majlis Sukan Universiti Malaysia (MASUM) Sports Carnival 2017, Universiti Kebangsaan Malaysia (UKM) targets to be among the top three universities and collect as many medals as possible.

“Teamwork between members is important and camaraderie among each other is required to achieve the title as champion,” she said during the Penyerahan Bendera Kontijen UKM Karnival Sukan MASUM 2017 ceremony, yesterday.

She also advised the athletes to compete well and pray for victory.

“UKM was ranked fourth at the MASUM 2016. Hence, this year as a host, I hope we can secure a place at the top three from all the universities competing,” she said.

She stated UKM has organised, a good preparation upon receiving 4,000 athletes from 20 other public universities in Malaysia.

In terms of accommodation, all residential colleges on the main campus will be used to accommodate athletes.

Venues to be used are in good condition.

UKM will be sending a total of 192 athletes to compete in 15 out of 16 competitions, including track and field, cycling, bowling, and volleyball.

Also present at the event was the Director of UKM Sports Centre, Dr Tajul Arifin Muhamad. 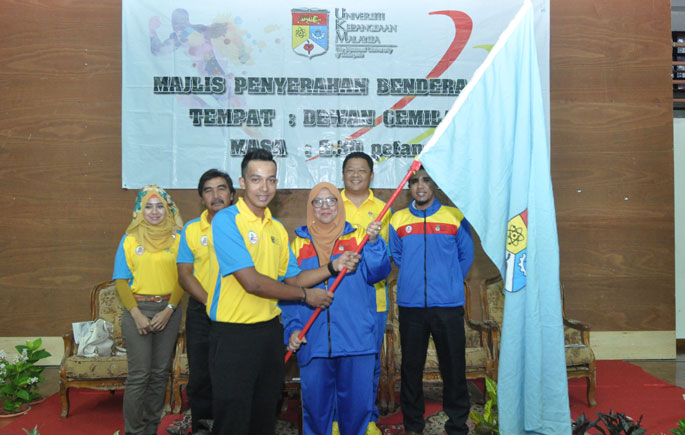 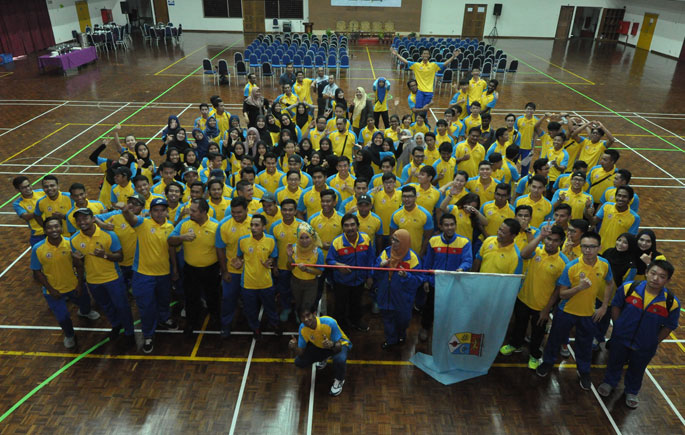