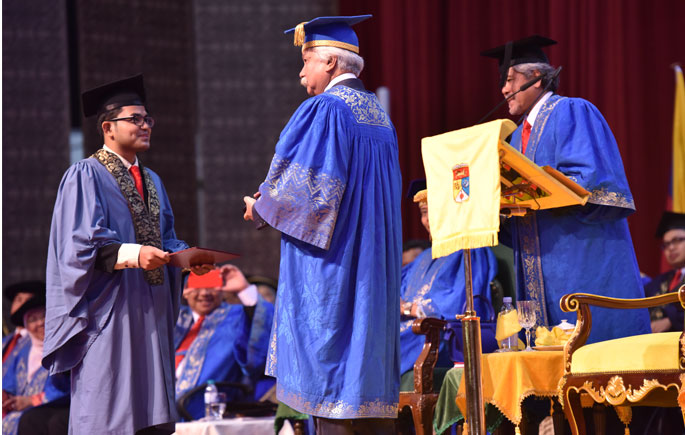 BANGI, 6 November 2016 – A fisherman’s son, Mohd Akbal Qamas Abdul Basir, was announced as one of the recipients of the Anugerah Pelajaran DiRaja, at UKM’s 44th convocation ceremony, yesterday.

Mohd Akbal Qamas Abdul Basir, who graduated with a first class honours degree in Business Administration said, he overcame his hardships with the support from his family, teachers and lectures who never failed to motivate him to achieve his dream.

“Previously, my sister received this award from Universiti Malaysia Pahang, and that motivated me to also be successful like her,” he said.

Another recipient of Royal Education Award was Koh Chee Teck from the Faculty of Medicine. 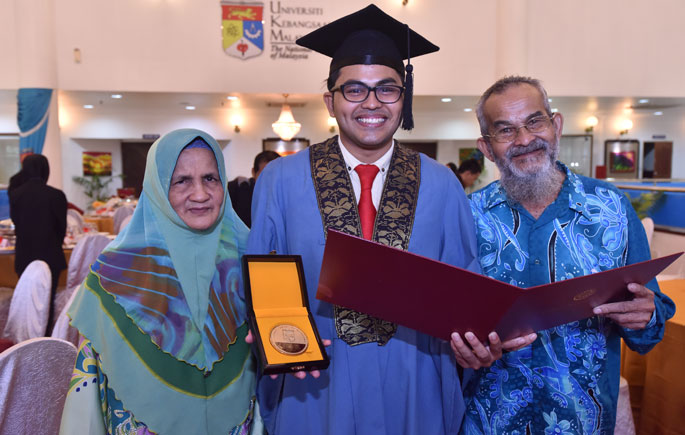 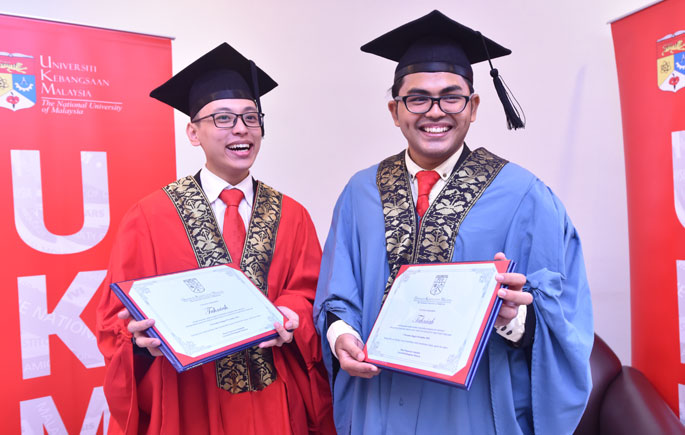