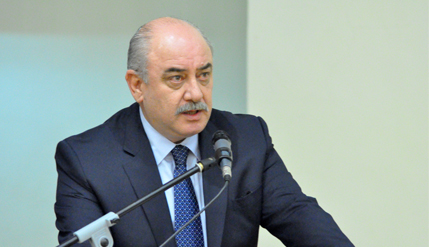 BANGI, 9 June 2014 – Jordanian students in The National University of Malaysia (UKM) celebrated their country’s 68thindependence day at the end of May with their Malaysian friends at the Graduate Management Centre in the campus here.

Its Ambassador Maher Ahmad Lukasha expressed his gratitude to UKM for allowing the handful of Jordanian students to organise the celebration when welcoming guests to the celebrations.

Mr Lukasha gave a brief history of Jordan’s struggles for independence  that began with the Arab revolt and the hardships suffered by the people in the wars before finally achieving their independence on May 25th 1946.

“The Jordan you see today was built on the sweat and struggles of our ancestors and every year we celebrate to appreciate and commemorate their sacrifices that led our nation to be where it is now,” the Ambassador said.

He reminded Jordanian students not to do anything untoward to taint the good name of their country but to study well and graduate so as to be able to return to help build their nation.

One highlight of the event was a performance of a Jordanian traditional dance by some of the students.