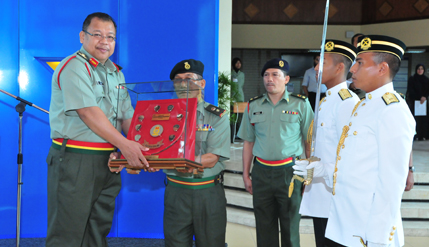 The UKM team beat teams from 12 other universities which took part in the ceremony held late last month.

Prof Noor Azlan congratulated the team for its achievement that has brought glory to the UKM name.

Success by the team showed UKM’s ROTU cadets’ willingness to carry out their training well and able to work together as a team thereby achieving the success, Prof Noor Azlan said.