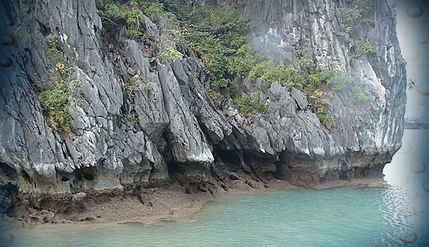 KUALA LUMPUR, 21 June – A total of 1,300 km or 29 percent of the country’s 4,800 km of coastal areas are already facing serious problems of erosion, said the Deputy Secretary General  I, Ministry of Natural Resources and Environment , Datuk Aziyah Mohamed today.

As such Malaysia needed to know sea level rise projections to enable it to plan coastal developments as well as adapting to climate change.

Speaking at opening of the Intergovernmental Panel on Climate Change (IPCC) workshop here she said that the projections were needed urgently to enable the country to assess future impacts of sea level rise on coastal areas as well as the sustainability of coastal setlements in the decades to come.

The IPCC had reported that there has been an increasing trend of significant  wave heights for the South China Sea and eastern parts of Andaman Sea in which Malaysian coasts are directly impacted for the last 50 years. The significant wave heights may be the result of increasing storm activities in this region.

Datuk Aziyah said the Sea Level Rise itself is a complex issue with several factors contributing to it including the thermal expansion of ocean, the melting of ice glaciers, the melting of Greenland and Antarctica, changes of the ocean circulations and also changes in the water storage over land.

Malaysia is a maritime country with coastlines of up to 4800 km long and as such will certainly face the effects of Sea Level Rise as shown by the  study conducted by the Drainage and Irrigation Department.

In welcoming the delegates who will deliberate on the latest findings to help understand the status of sea level rise and ice sheet instabilities, the Vice Chancellor, Prof . Tan Sri Dato’ Dr. Sharifah Hapsah Syed Hasan Shahabudin said the findings and resolutions of the workshop are very important to the IPCC Fifth Assessments Report which is currently going on and is expected to be completed in 2013.

Studies on Climate Change, she said, is one of the eight priority research areas in UKM and it is encouraging partnerships and collaborations with public and private institutions both local and foreign.

“In this regard, I would like to commend Sime Darby Foundation for establishing a Chair in Climate Change at UKM. Sime Darby has many interests including plantations and its Foundation has generously set aside RM5 million as an endowment for us to recruit world renowned scientists to work at UKM in the area of climate change.

“We believe that the scientific findings that we generate are not only imporant for Malaysia but also for the region where knowledge gaps are still significantly large,” she added.