80 astronauts will land in UKM tomorrow 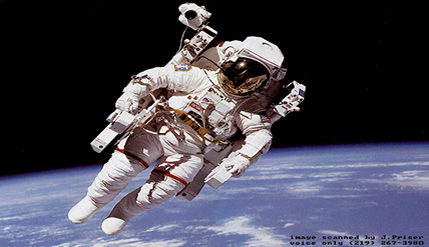 BANGI  5 Oct.  2010  – About  80 Astronauts from 35 countries have confirmed their presence in UKM tomorrow (October  6th) for a Technical Session, where they will discuss the International Space programme.

The astronauts will give talks and share their experiences with UKM students and students from several other institutions of higher learning.  Deputy Minister of Higher Education, Datuk Saifuddin Abdullah will open the technical session.

Five of the astronauts will remain in UKM for a community day on Thursday while the others will be dispersed to various other institutions of higher learning to share their time with the communities in those areas.

Among the five that will remain in UKM for the community day are Dato’ Sheikh Muszaphar Shukor Al Masrie, the first Malaysian astronaut , Prince Sultan Al- Saud, the first Muslim astronaut, Leonov Alexie from Russia, Liwei Yang from China and Soyeon Yi from Korea.

The community day is meant to give a school children of the surrounding areas to interact and learn from the experiences of the astronauts. It is hoped that this will inspire them to believe that they can achieve whatever they desire so long as they put their minds to it.

It will consist of a series of motivational talks followed by Question and Answer sessions.

UKM is chosen as the venue for the two programmes which form part of the ASE congress which began on Oct 4th and end this Sunday (Oct 10th).

This year’s team is “One Planet, One Hope, One Future”.  The astronauts from 35 countries will discuss various topics concerning planet earth including global warming.