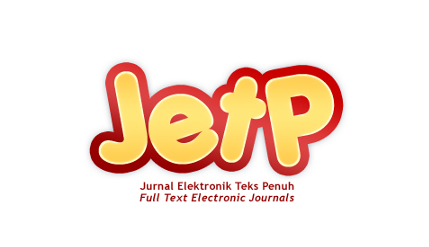 BANGI, 24 April 2012 – An award-winning software developed by The National University Of Malaysia (UKM) to monitor subscriptions of online journals in libraries is gaining worldwide acceptance.

Its developer, Shamsuddin Ibrahim, a senior librarian from the Tun Sri Lanang Library of UKM, said more and more academics in Asia and even Europe are using it for their research judging by the number of requests made through the JetP application.

Despite little publicity, word-of-mouth buzz and chance encounters have brought researchers to return to the website for more requests.

Although the database is limited to the libraries of local participating universities, the response has been encouraging, with trials running at most of them.

Shamsuddin developed the software while working at the Tun Seri Lanang library. It was the first runner-up in the Higher Education Ministry Award as well as first runner-up at the Malaysian Libraries Innovative and Creative Convention also in 2011.

UKM has since set up a company, Refrex, to market the product with Shamsuddin acting as the product consultant. Faizal Yusof of Refrex, said JetP is better than its nearest competitor ‘A to Z’, also a subscription-based software, based in the United States.

The advantage of using JetP is that users can browse between universities without having duplicate results if they do not want that.

JetP requires it’s users to have a library registration at their own colleges which subscribes to the software and this can be used to log in to the site for searches.

Revenue is collected through cloud subscriptions paid by the universities.

Those who are not members of participating libraries can have direct subscriptions through Refrex which is still to decide on a universal paid-subscription system.

As a result revenue to Refrex is still minimal since most of the users are members of the libraries of local universities and thus get to use JetP for free.

But for now users without library membership cannot access the database unless they are paid subscribers.

There is thus a huge untapped market of independent researchers outside universities who have not been able to subscribe as yet.

Because of this they can only see the search results but cannot read the enormous database of online journals.

Since its launch in 2010, a new and faster version JetP 2.0 has been developed which has improved its search time down to just two minutes compared to 25 minutes in the original product.

Instead of going into individual websites of publishers and data sources, JetP allows users to perform aggregated query from a single screen.

It enabled a savings of up to RM30,000 a year for UKM since the university’s users no longer needed to subscribe to overseas sources for information now made available through the facility.