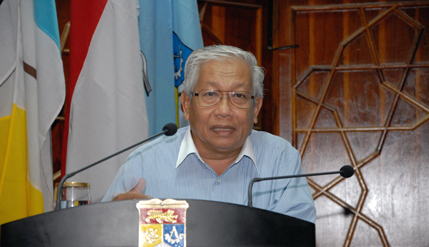 BANGI, 27 Dec 2012 –  A Consumer Protection Code should be introduced to address the unfairness of financial institutions dictating terms to consumers, especially those taking bank loans for hire purchases.

A forum discussing financial services and the consumers here  recently unanimously concluded that most loan contracts in Malaysia heavily favour the financial institutions, particularly over clauses that practically give the banks the right to change the Base Lending Rate (BLR) and even conditions of loans.

The forum organised by the Law Faculty of The National University of Malaysia (UKM) agreed that borrowers were being ripped-off by Housing Loan Contracts.

The panellists were unaninous that laws protecting the rights of banking customers as in other sectors of the free market are long over-due. The forum was moderated by Law Faculty Senior Lecturer, Dr Anwar Zahid.

Haji Mustapha went as far as to accuse local banks of being “arrogant and inhumane”. Speaking from an Islamic perspective, he described as Haram for banks to hide the fees and charges levied on their clients as they currently do.

Professor Sothi who had been Professor of Law and Dean of the Law Faculty of the University of Malayaproposed the promulgation of an Unfair Contract Terms Act similarly to that already in operation in the United Kingdom and India as one way to protect Malaysian consumers.

With such an Act, once a term or clause is deemed unfair, it becomes unenforceable. It would then beirrelevant to the borrower how many of such unfair terms are in his contract as they will be considered null and void.

Prof Sothi said even if the levying of certain costs is considered valid, if the charges are excessive, they will not be allowed saying thatsuch an Act to protect Malaysian consumers is long overdue.

He said banking contracts, be it a housing loan or a credit card agreement, are basically designed with the sole aim of ensuring that as much of the risks and costs are borne by the borrower. For hire-purchase, the contracts are guided by the Hire-Purchase Act.

Prof Sothi said for the majority of borrowers, the main deciding factor on whether to take up a particular bank’s housing loan is the rate of interest charged. 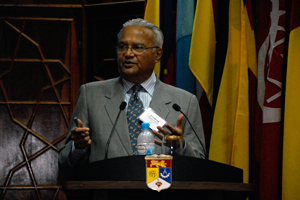 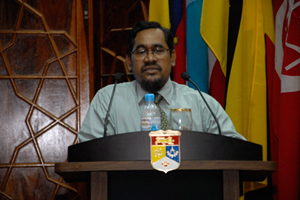 Since the interest rate is the very core of the agreement, the bank should not be allowed to change it at its own discretion. Giving one party the right to unilaterally change the terms of the agreement is generally not tolerated in any contract.

He said the unfairness lies with the basic laws. Financial servicesdo not come under the Consumers Protection Act like most other transactions in Malaysia. Taking up loans fall under the Law of Contracts, which usually means one party may be at a major disadvantage.

Prof Sothi, said his only advice to students is not to have credit cards – at least not until they have a stable career. The problem of bankruptcy is becoming acuteamong students withthe Ministry of Domestic Trade and Consumer Affairs forecasting  some 50,000 students could be declared bankrupt by 2020.

Pradeep Singh Mehta a well known consumer advocate in India said it was most unfair to expect the consumer to sign a contract which gives the other party the absolute discretion to vary any of the terms already agreed upon. Yet this is what consumers are subjected to when they sign their housing loan agreements with the banks.

The bank’s loan documentation always provides for the bank the freedom to vary their interest rate at any time. The borrower has no say to this change in the interest rate which could be at a higher rate than which he had committed to.

Mr Mehta cited one of the terms from a contract drafted by a local bank, which reads:

Another local bank has something quite similar: “….impose additional conditions, amend any terms and conditions governing the bills facilities and revise/vary the interest rates and other charges from time to timeat the Banks’ absolute discretion”.

Usually such terms are not highlighted to borrowers who are under the impression that the only way that interest rates could vary is if the BLR is changed and not by any other means.

Mr Mehta said the root problem for consumers is that they are ignorant of the laws that allow banks to change conditions already agreed. Besides, there is also apathy among the general public who only want to secure loans or credit cards no matter what the cost.

Mr Mehta is one of the prime movers of consumer law reforms in India and has been consulted by many Commonwealth governments on financial laws review.

He said several years ago, India ammended a law which previously allowed creditors to harass the debtors to the point of shaming them in public.

The panellists also took note of some very dire figures for Malaysia, which has among the most stringent Bankruptcy Laws in the world where 250,000 bankruptcy cases had been recordedsince 2005.