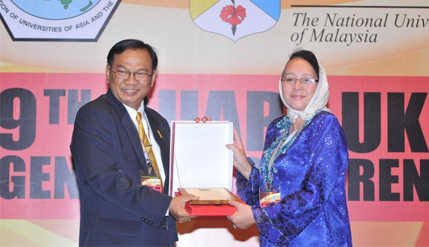 She said before AE, scholars’ ideas, inventions and innovations were described most in research reports, project papers and journal papers. Not many in the industry knew of these innovations and excellence and their potential for cutting edge products or service standards.

Knowledge, embodied in people and technology had always been central to economic development. Hence the advent of K-economy had brought the two groups, the scholars and the industrial players closer together.

She described AE as a game-changing endeavour which complements the two traditional roles of universities i.e. education and intellectual discovery. With AE both roles are not adversely compromised and  may even enhance the traditional roles further through the sharing of financial benefits from the commercialisation initiatives.

The two factors, she stressed, became a key element of the innovation system both as a human and technology capital provider and a seed-bed of new firms. This had brought forth academic entrepreneurship. 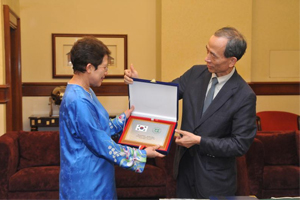 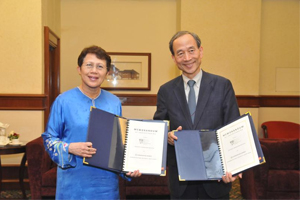 She hoped that as the AUAP since its inception had played a fundamental and crucial role in bringing together collaborative efforts from the members and associate institutions  to address issues and concerns of higher education, the conference theme will provide the venue to discuss AE further.

The general conference featured 25 presenters from Malaysia and the other nine ASEAN countries, China, India, the United Arab Emirates, Japan, South Korea, Britain, and the United States, among others.

The AUAP was established with the signing of the Memorandum of Agreement and the holding of the Founding Conference in 1995 at Suranaree University of Technology (SUT) in Thailand.

The last General Conference was held in 2008 in Bangladesh.