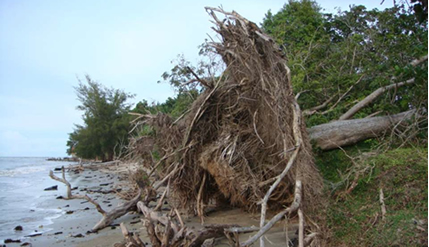 BANGI, 6 Nov, 2012 – Malaysia has been warming since the last 40 years and regional climate changes being experienced had also influenced climate variability and may bring signifinant variations of weather in Malaysia.

Speaking at the first Workshop on Natural Disasters and Climate Change in Asia, at the UKM campus here today, he said climate change may bring signifinant variations of weather in Malaysia. Prof Tangang’s field of expertise is Climatology and Physical Oceanography.

Prof Tangang, however, cautioned against jumping to conclusions because despite the proliferation of research papers on climate change from around the world, there is still not enough literature about the effects of the phenomena on Malaysia.

There are still knowledge gaps in regional climate change, perhaps due to lack of public interest. His research, along with studies on rainfall done with scientists from other universities, was one of the relatively few done about Malaysia.

He said warming in the climate system may influence the characteristics of these phenomena and in turn changes the way they influence regional climate variability. 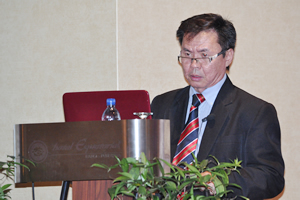 Prof Tangang agreed that the the trend of higher surface tempratures and increasing rainfall may indicate climate change, but more studies needed to be done.

This is because most climate models are still incapable of simulating the regional phenomena.

The Intergovernmental Panel on Climate Change (IPCC) had done studies on the phenomena in 2007, which he had contributed to. The IPCC’s fourth report is the most comprehensive assesment of climate change at the global scale.

The report, however, provided limited assesment for regional scales saying that more research for Malaysia should be done in order to make a stronger case for climate change in Malaysia, Ptof Tangang said. Moreover, there was no assesment for Malaysia as the IPCC report was not intended for any particular country.

Overall, the amount of research papers for assesment of climate change in Malaysia is low and much lower compared to developed countyries and other nations in Asia such as Japan, China and Taiwan, he said.

More than 30 scientists and representatives of non-governmental organisations (NGOs) took part in the three day workshop aimed at considering the possibility of creating a network to better exchange information about climate change and collaboration between research centres. 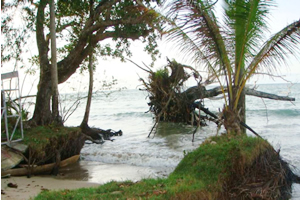 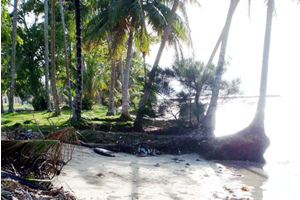