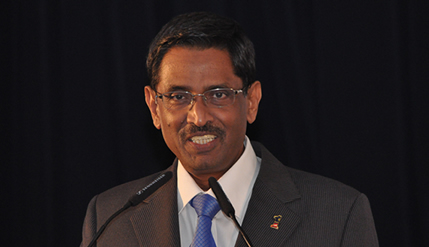 Opening the eleventh International Congress of the Indo-Pacific Association of Law, Medicine and Science (INPALMS) here today, he said forensic science has contributed a lot to the criminal justice system.

Dr Subramaniam said that apart from fighting crime, disputes over paternity had also been resolved by DNA analysis which, at one time was tedious and lengthy, can now be done faster and more accurately.

He called on scientists to work with social services to help identify genetic diseases so that the proper treatment can be taken sooner.

IPALMS was inaugurated in 1986 to provide a forum for interaction in Asia, Africa, Australasia and other nations of the Pacific.