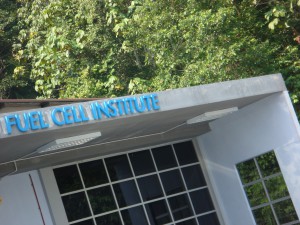 The Institute began operation officially with the appointment of Prof. Ir. Dr. Hj. Wan Ramli Wan Daud as the founding Director by the Vice Chancellor of Universiti Kebangsaan Malaysia, Yg. Bhg. Prof. Dato’ Dr. Sharifah Hapsah Syed Hasan Sahabudin on the 1st of January 2007 for a three year term. The appointment of Prof. Wan Ramli was in recognition of his extensive research in the fuel cell and hydrogen energy with more than 50 publications in indexed international journals. Prof. Wan Ramli was reappointed the director on the 1st of January 2010 for another two years. Prof. Dr. Hj. Jaafar Sahari was apppointed the Deputy Director of the Fuel Cell Instituite by the Vice Chancellor on the 15th of August 2007 for a three year term. 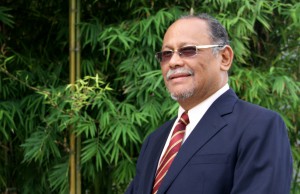 The fuel cell and hydrogen energy group at UKM together with UTM went on to garner a RM 4 million grant from IRPA funds during the 7th Malaysia Plan at the Ministry of Science, Technology & Innovation Environment (then MOSTE) shared equally between UKM and UTM. The group was given a grant of RM 30 million from the PR-IRPA funds during the 8th Malaysia Plan from MOSTI with RM 16 million at UKM. During the 9th Malaysia Plan the Institute was granted a total of RM 8.27 million from various funds such as the Science Fund, Fundam,ental Research Grant Scheme (FRGS), Research University Grant (GUP) and Malaysian Toray Science Foundation (MTSF).