Our Politics and International Relations programs were in Top 100 (at 81 in 2014) QS World University Rankings by Subject from 2013 until 2014, in the subject area of Politics & International Studies. 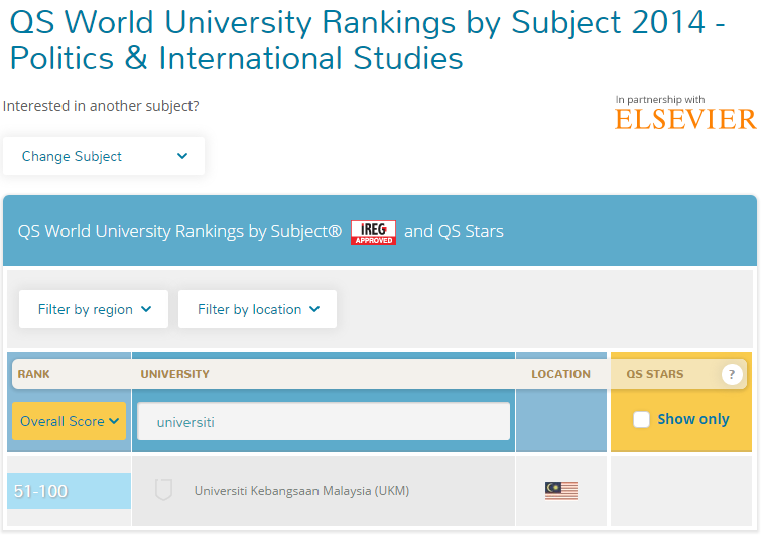 Our School members have obtained several prestigious awards over the years. Listed below are the notable achievements.

“Trade and Society in the Straits of Melaka: Dutch Melaka And English Penang, 1780-1830″ by Professor Dr. Nordin Hussin 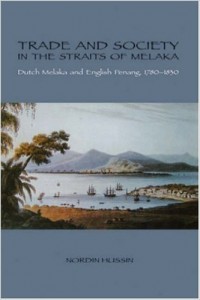 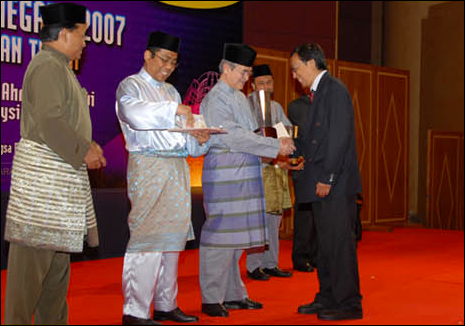 Michael Leifer Memorial Prize 2009: “The Essence of Hedging: Malaysia and Singapore’s Response to a Rising China” by Kuik Cheng-Chwee

Excerpt from an announcement in Contemporary Southeast Asia journal:

“The Michael Leifer Memorial Prize, established in memory of the late Professor Michael Leifer, is given biennially for the best article to appear in one of the three ISEAS journals. Its selection, by ISEAS’ International Advisory Panel, is based on originality, conceptual clarity and soundness, as well as its contribution to Southeast Asian scholarship. The award was presented to Mr Kuik at ISEAS on 26 February 2010.” 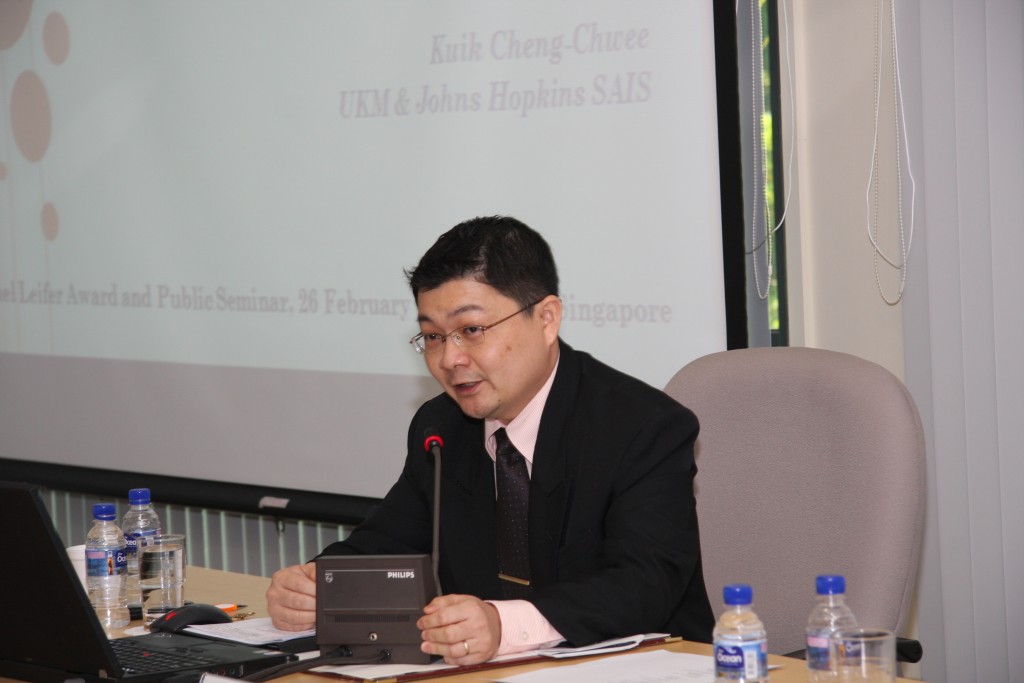 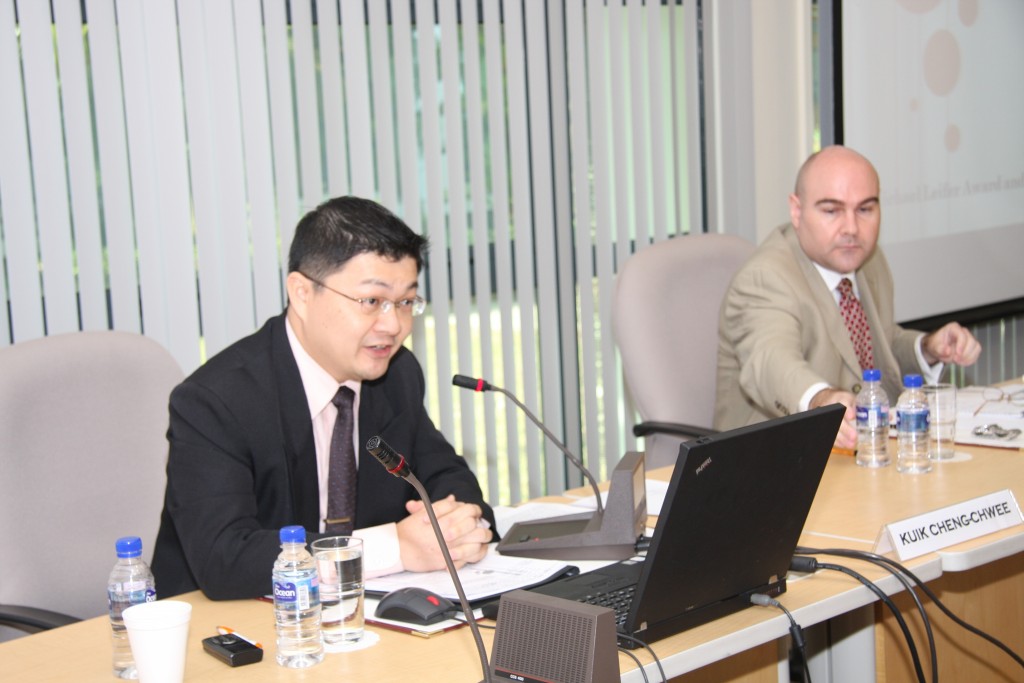 The main selection criteria for this award is the quality of the journal article publication borne out of the thesis. As of April 2013 (the time of award), Dr. Muhamad Takiyuddin had published five (5) journal articles adapted from his doctoral thesis, in which three are accepted in ISI-WoS Q1 journals. The same doctoral thesis, entitled “Abdullah Ahmad Badawi: Legasi Neokonservatif” was awarded the Best Research Award by USM in 2011. 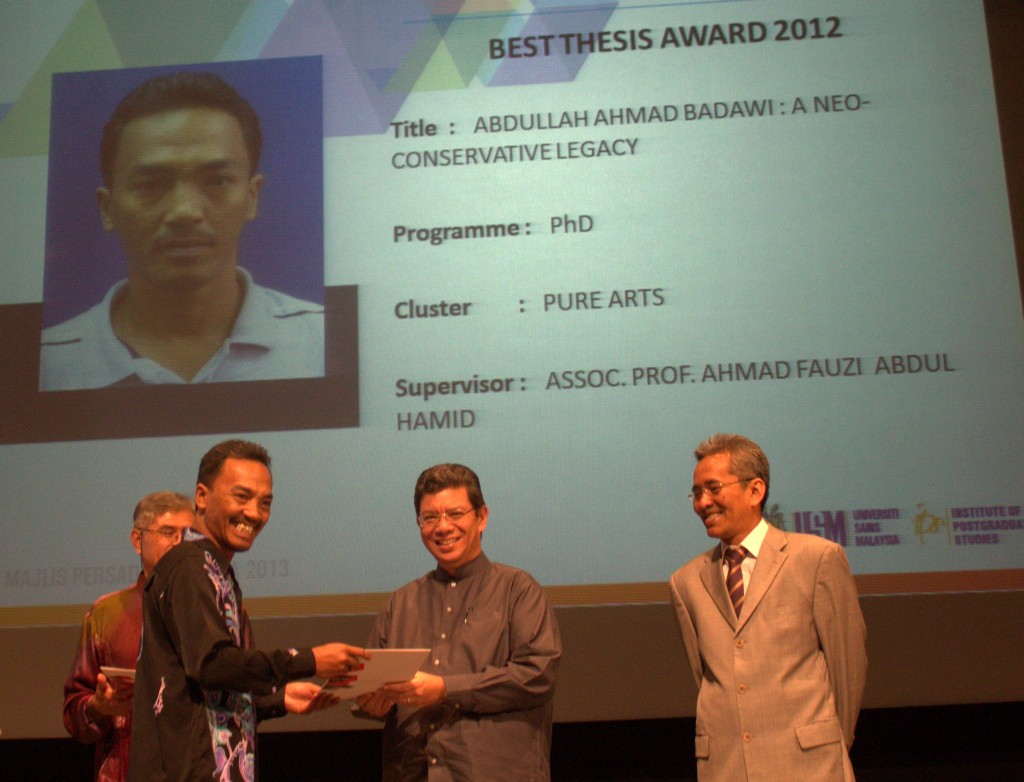 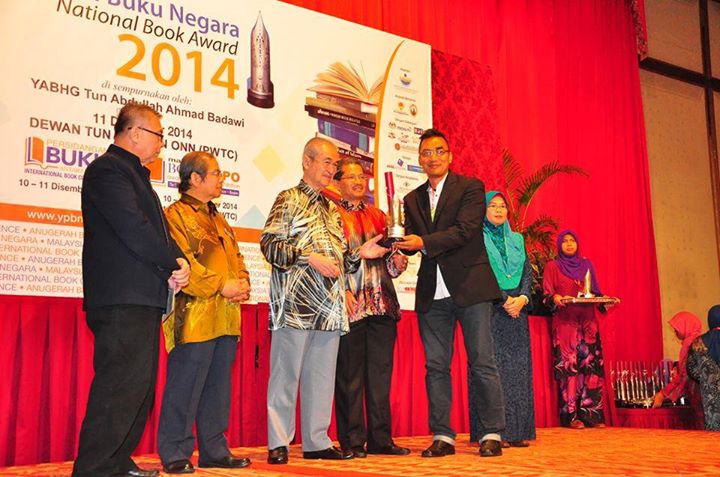